Singer and songwriter Taylor John Williams, known for his success on season seven of NBCs “The Voice”, quickly transitioned from an unknown crooner, to a full blown force. While Williams may be most well known for his covers of popular hits such as Lorde’s “Royals” and Tear’s For Fears’ “Mad World”, it’s within his original works that his distinctive artistry truly becomes apparent. His independently released debut EP, “Song of a Dead Man” contains a barrage of thoughtful, forthright lyricism delivered through a stylistic blending of folk and soul. The EP received immediate attention, breaking into the iTunes top 100 albums chart. 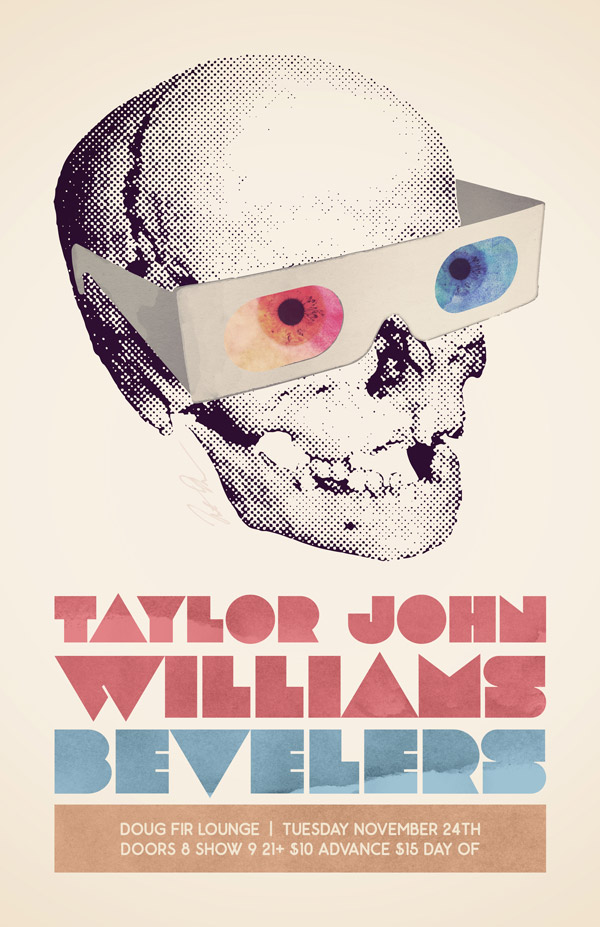 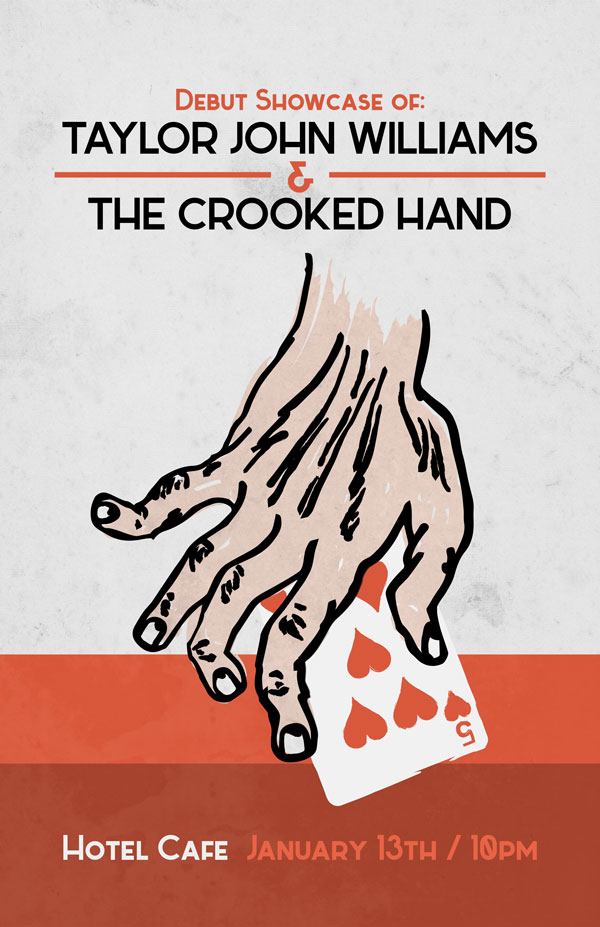 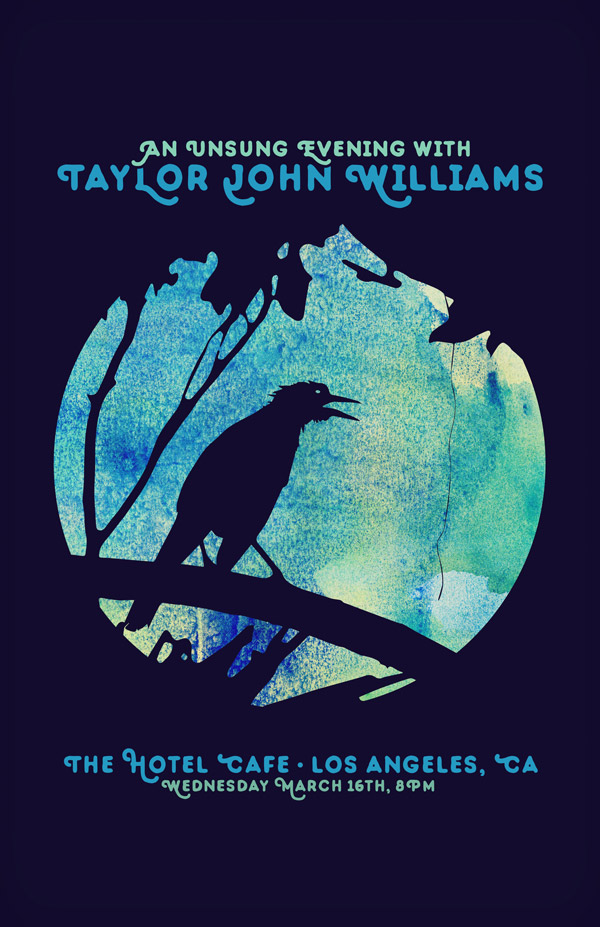 I've had the honor of having TJW commission me for some of his most intimate and special engagements, including the popular Portland-local Doug Fir lounge and legendary Hotel Cafe in Los Angles, CA.

Our process usually begins with a vague artistic direction from his Taylor's imagination ("Sort of dark and ominous, and it has to have a crow") and I bring that idea into existence. Taylor is also super respectful of the creative process and lets me take an idea and run with it.